Difference between Swiss and Japanese Watches

It is hard to compare the equilibrium of these two giant manufacturers of wrist watches since ages. Swiss and Japanese watches go neck to neck when it comes to quality and mechanism. We believe that Swiss watches do have a slight edge over Japanese ones due to their state of the art mechanism and exceptional craftsmanship. On the other hand, Japanese watches are durable, highly resistant and with economical timepieces.

Both countries Japan and Switzerland have an old legacy in the Watch-making industry.

We have always seen that the Swiss Watches represents the style symbol for a specific class or you can say a ‘RICH’. No wonder that Swiss and Japanese manufacturers are being engaged in delivering the high standard wrist watches to the whole world since ages. The produce functional movements like Quartz and mechanical.

Though Japanese wrist watches are comparatively affordable than Swiss ones, but they never compromised on their performance and quality for timepieces.

Swatch of Switzerland and Seiko of Japan dominate the global production of quartz movements and both craft movements for other brands.

Here are some main reasons on which we can differentiate both the brands on the basis of their manufacturing.

Let’s find out the difference between Swiss and Japanese watches.

These both countries have tremendous skills and expertise in designing Quartz and Mechanical wristwatches in the world. We know that when we go the market of shopping arenas, we see copies of these brands available and almost accessible to every person. Tough these copies won’t work for a long time.

Swiss watches have an edge of its extraordinary craftsmanship than Japanese. The detail we found in the Swiss material is hard to find in other brands. Not only exterior but we can feel and experience the diligent and committed work also inside in the watches.

Watch movements are also known as an engine of the watch.

Particularly there are 3 types of movements in a watch. So it is an essential part of any watch to be checked when buying. Most people set their choices by looking at watch’s exterior however, one must examine and check its interior so that a person doesn’t spare his/her money on a useless material.

Movements are categorized into three different types Quartz, mechanical and Automatic. In mechanical and automatic watches store power in the spring barrel from their manual winding and auto movements. In Quartz it’s bit different, quartz takes power through a button cell battery.

Movements in both watches are constant and equally sorted but Swiss has got more experience relatively higher than a Japan in designing movements. Swiss brand to spend a vast amount of their time for this design process, and many aficionados insist that the inner workings are what separates a masterpiece from mediocrity.

What is a difference between Quartz and Mechanical Movement

Quartz is comparatively reliable and accurate than mechanical. It has an individual motion like TICK-TICK by every passing second. Besides only replacing a battery, quartz needs less maintenance than mechanical.

This movement has a sweeping motion different from quartz. For those who want the masterpiece and made by skillful hands usually choose mechanical movements over quartz due to its luxurious style. One time investment keeps your perfect style statement.

Both these luxurious watchmakers have state of the art craftsmanship when we talk about their design and other features. Swiss watches have a superior power save and require less winding thought about while Japanese watches just have the chronograph features of showmanship.

Swiss luxury watches are generally more costly than Japanese watches. Swiss watches have a generally high cost as they are very viewed as having the best quality. This watchmaker usually designs high-class precious stones and diamond watches which makes its worth double. Swiss watchmakers are more inclined to create masterpieces not only classical.

The Japanese could present timepieces with the best innovative technology, for example, dynamic watches that don’t require batteries and furnished with implicit cameras. Not only Swiss watches are mainstream by its finest creation, Japanese watches are nevertheless are exceptional too. Japanese watchmakers create numerous luxury items for everyone. Japanese watches are known for their effective and precise design and capacity.

Also, the accessibility of these watches at a sensible cost, not totally focuses on the exterior and sensual section. One can get a Japanese top of the line watch with in-house developments at a reasonable price with a similar quality and accuracy of a top of the line Swiss watch.

The brands that makes Swiss watches.

Today a seal of Swiss Made marks a quality assurance with a luxurious lifestyle. The symbol of luxuriousness in watches is risen by the Swiss made which is why it stamped its mark of creating the masterpiece of all times. There are different watch brands which are indulged in its magnificence.

The brands that makes Japanese watches

Japanese made watches are broadly known for their fabulous quality and workmanship. In like manner, these top of the line watches will without a doubt give the best an incentive to your cash since they can be bought at a reasonable cost. These brands choose Japanese watchmaking.

What is a life span of a watch with any movement?

A battery life of a watch usually stays stable from three to five years contingent of the type of watch, its measurements and the amount of power required for its functions. Watch owner should know that when the second hand starts to hop in four-second interim, which is an alarm of end-of-life. When you feel that the needle is having a slow motion than it should be, this is the point when you have to replace your watch battery. 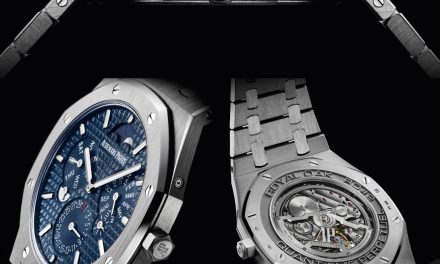 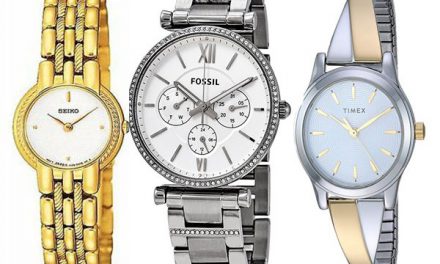 The best budget ladies wrist watches under 100US$